Saudi Arabia has opened for tourism end of 2019; the destination offers fabulous historical and natural attractions with the highlight the region of Al Ula with the Nabatean site of Hegra, recognised as UNESCO World Heritage Site.

Riyadh offers a glimpse into its past with the visit of the national museum and the UNESCO World Heritage site of Diriyah, in stark contrast stands the new city with the Faisaliah and Kingdom Towers. A fascinating city, that stretches itself out in the desert.

And then there is Jubbah, with its rock art and representations of animals and daily life of thousands of years ago, carved into the rock, like an age-old picture book. In Ha’il the forts are witnesses of the battles the area withstood.

Arrival at the airport. Meet and greet and transfer to the city for the start of the discovery of the capital of Saudi Arabia. Start of the tour is in the old city, with King Abdul Aziz Historical Area, the national museum and the Murabba Palace. The National Museum gives a good insight into the history and unification of Saudi Arabia.

Continue to Masmak Fortress, the mud-clay fortress that was the base from which Abdulaziz Al Saud conquered the country. The fortress was converted into a museum in the 1990s. In Modern Riyadh Al Faisaliah and Kingdom Towers tower above the city (possibility to go up the viewing platform in one of the two towers)

In the afternoon, departure in 4x4 vehicle to Jebel Fihrayn, icknamed Edge of the World. From the 300m cliffs, the view on the surrounding desert is amazing. Return to Riyadh

Breakfast at the hotel. Transfer to the airport for the domestic flight to Ha’il. The city was an important trading centre for the camel caravans until the construction of the Hejaz Railway. Visit Al-Qishlah fortress and Al ‘Arif Fort, built with mud and clay, on the top of a hill providing a nice view. Transfer to the hotel for overnight.

Breakfast in the hotel.

Departure to Jubbah, UNESCO World Heritage Site, with its impressive rock carvings that are believed to date back to 5500 BC. Carvings include a variety of animals, such as elephants, buffalo and from a later period camels and other domesticated animals. Continue to Al Ula. Al Ula is characterised by its attractive natural scenery marked by the reddish sandstone inselbergs carved by natural agencies into beautiful and attractive shapes. Sand dunes and inselbergs combined to form a wonderful display of thrilling nature. With its multiple archaeological sites, it is the highlight of a

Breakfast at the hotel.

Full day for the discovery of the archaeological remains of the area in and around Al ‘Ula, with Dadan and Hegra. Hegra or Mada’in Saleh (UNESCO World Heritage) is the second city of the Nabateans after Petra in Jordan, on the caravan route between Makkah and Petra. The structure of the city has influences from Mesopotamia, Egypt as well as Greek-Roman. The remains of the city include over 90 tombs that were carved out in the rocks. Hegra lost its mportance on the caravan routes once the naval route to Yemen had been established by the Romans. Visit the Hejaz Railway station. The line was built by the Ottomans to reduce the travel time for pilgrims from Damascus to Makkah but was never finished beyond Medina.

The railway was forever made famous by TE Lawrence by his attacks and sabotage during WWI. Only 4% of the biblical site of Dadan has been excavated, but the organised structure of the city is clearly

visible, and the inscriptions found documents of the political and societal organisation of the kingdom. Old Town Al Ula, with its mudbrick buildings, was thriving for centuries as a place where pilgrims, travellers came together on their way to Medina and Makkah. Overnight at the hotel.

Breakfast at the hotel.

Continuation of the visits in Al Ula prior to the return flight to Riyadh. Visit Old Town Al Ula, with its mud brick buildings. The town was thriving for centuries as a place where pilgrims, travellers came together on their way to Medina and Makkah. Visit the Hejaz Railway station. The railway was forever made famous by TE Lawrence by his attacks and sabotage during WWI. Afternoon at leisure. Options include discovery of Al Ula oasis, or marvel at Maraya. Transfer to the airport for the flight to Riyadh. Arrival and transfer to the hotel.

Time at leisure until the transfer to the airport

Rate per person in double sharing - 3 star hotels for travel period, December 2023 until March 2023. Included in the rates, accommodation for 3 nights in Riyadh and Ha'il on bed and breakfast basis and on half board in Al Ula. Transportation in Sedan (2-3 pax), and SUV. Excursion to Edge of the World in 4x4 vehicle (up to 6 pax per vehicle) Visits with entrance fees with local English speaking guide per site. Water during transportation (1 bottle per per day). VAT and municipality taxes as valid in April 2022. Local taxes and municipality fees. 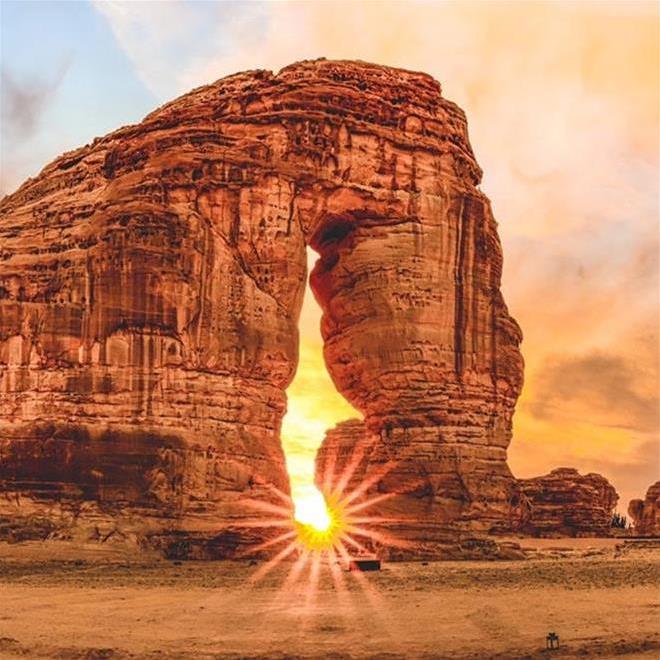 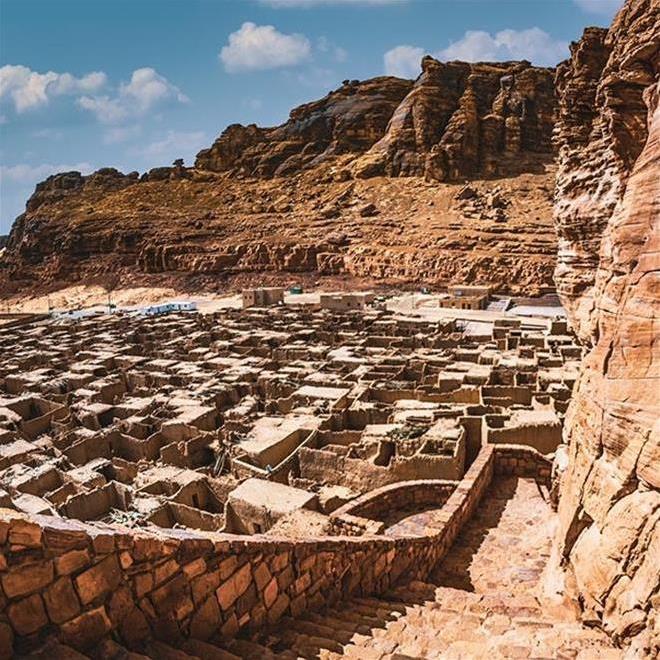 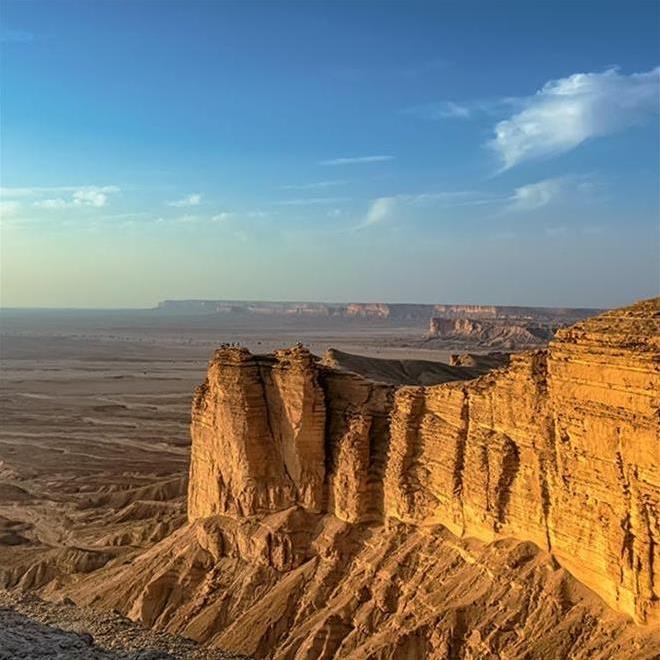